“Pour It Back” for Women – Inbound BrewCo benefits Women’s Advocates 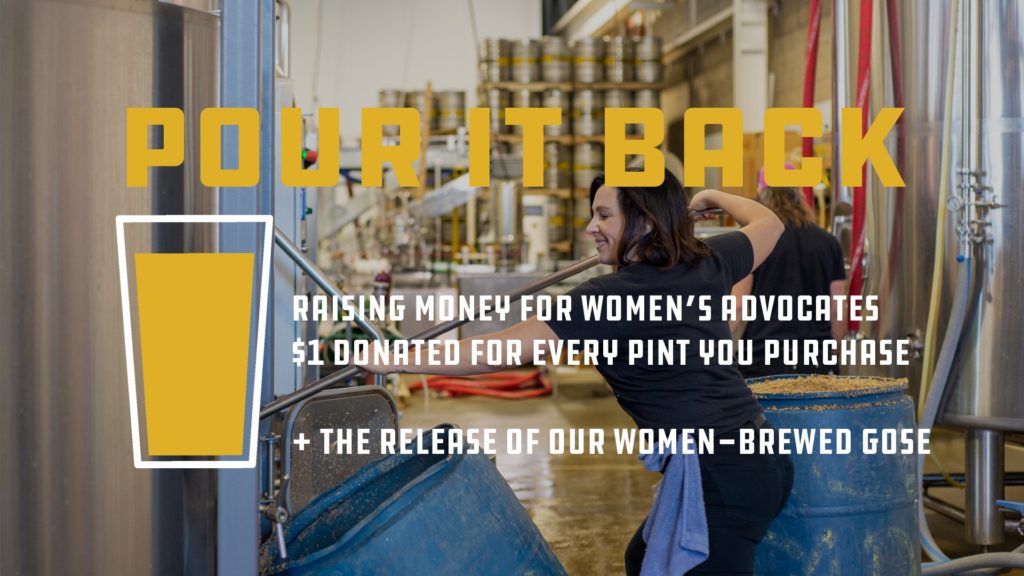 You’re invited to help us celebrate International Women’s Day (IWD) a little early! The Inbound BrewCo team, plus several friends from across the industry, gathered on Galentine’s Day to brew a Chipotle Sour Gose. They’re releasing the beer on March 6.

IWD is officially on March 8, but we wanted to release our industry women-brewed beer a little early so you can drink it during our monthly #PourItBack event. On March 6, Inbound will donate $1 from every pint sold all day to Women’s Advocates in St. Paul, the first shelter in the nation for women and children escaping domestic violence.

IWD represents a lot, but here’s a simple definition: International Women’s Day (March 8) is a global day celebrating the social, economic, cultural and political achievements of women. The day also marks a call to action for accelerating gender parity. You can learn more about it here: https://www.internationalwomensday.com/About