Women’s Advocates is known to many as the first shelter in the nation for victim-survivors and their children escaping domestic violence.  When we were formed as a collective-based nonprofit in 1972, Women’s Advocates operated out of a legal assistance office, then one of the founding volunteers’ homes, then in a rented office space. Our organization began essentially as a divorce rights information line—a number for women to call to get legal information and advice about leaving their abusive partners.  Soon, volunteers realized that the biggest obstacle for these women who were trying to escape domestic violence was a safe place to stay.  Thus, they decided to write letters asking friends, family and members of the community for funds in order to purchase a permanent shelter.  Within two years, they collected enough funds to make a down payment on the house in Saint Paul.  Here, they were able to house all of the administrative and advocacy offices plus the residential rooms and kitchen for residents.  Later on, Women’s Advocates purchased the two adjoining properties and connected them.

Today, Women’s Advocates provides shelter and services for up to 50 victim-survivors and their children daily, conducts crisis interventions and safety referrals via the crisis line daily, and educates students and professionals about domestic abuse awareness, prevention and services.

Women’s Advocates collective members were instrumental in establishing a strong foundation for the legal protection of victim-survivors and their children experiencing domestic violence in Minnesota.  We were also an active leader in the passage of some of the first domestic violence legislation in the country.  Our collective lobbied for and achieved passage of the Shelter Appropriation Act, providing state financial support for shelters and safe homes, and the Domestic Abuse Act, allowing individuals to obtain an order for protection without having to file for a divorce or legal separation.

Since 1974, Women’s Advocates has provided emergency services to tens of thousands of victim-survivors and their children primarily from the Twin Cities Metropolitan Area and beyond.

Coverage of those involved in the women’s safety movement: 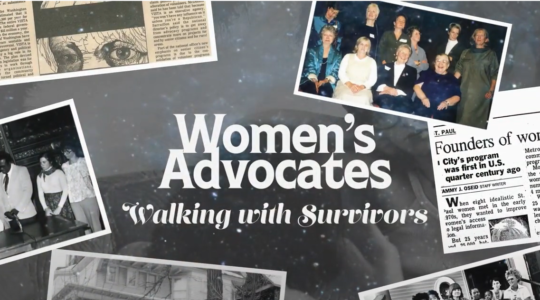